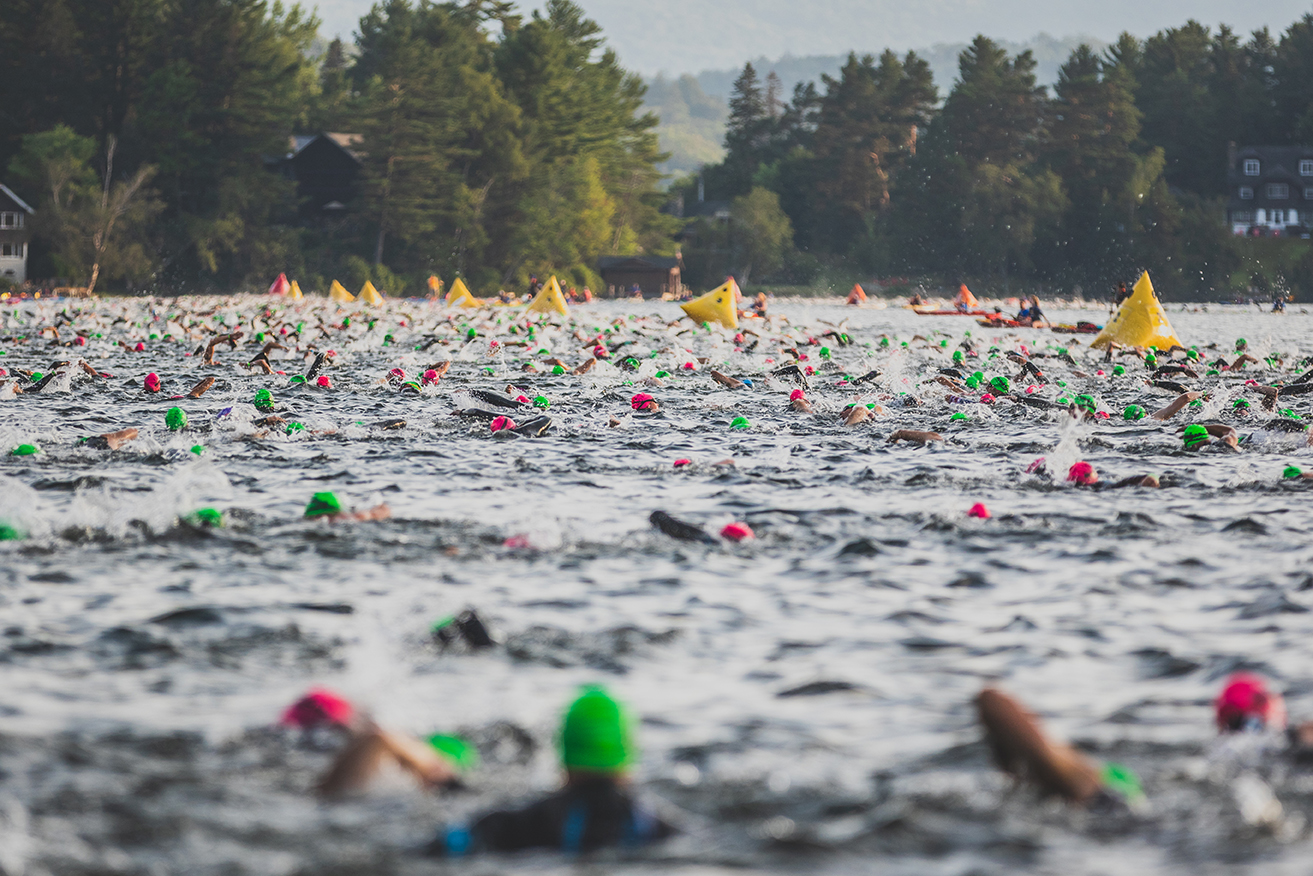 “Triathlons are really great and all, but this mountain climbing thing, that’s really neat.” Dad said just a few weeks before he died, “I couldn’t climb a mountain right now if I tried. I probably should have when I could.” He made me promise to do more of that.

It dawned on me that his life had truly been dedicated to us. So much that while he did do things that made him happy, I wonder whether he did enough of it. But then again what HE wanted, was US to have the foundation to follow our wildest dreams. He certainly did that.

What not many people realize is that there are 1606 total mountains (named ones) in the Adirondack Park. These are smaller, some very technical, others much easier, half day hikes or less, that are much less traveled, have much easier parking, and afford you the same big mountain views as the big ones.

I have climbed the Tupper Lake Triad, two high peaks (Cascade and Porter), Hurricane (this one has a fire tower), and a few other smaller ones. I can’t say enough about these smaller peaks.

This particular weekend Curt and I summited Mt Jo and Mt Von Hoevenberg while Luc put his final preparations on his marathon training.

Mt Jo was a unique 2.6 mile round trip summit (we took the long trail) with 2876 of elevation. Mt Von Hoevenberg was 3.6 (ish) miles round trip with 2860 feet of elevation. Both were a combination of flatter sections, riverbed climbing, rock hopping and views for days.

What I love about these hikes aside from the company and the challenge, are the views. Lots of people in this world hike, but it’s a small percentage of people who actually sit on a mountaintop, and look around and see the world from this vantage point.

You want to change your life, do a 5k, triathlon, marathon or ironman. Certainly.

You want to feel your soul on a deeper level? You want to feel time actually pause and understand how small you are on this earth? Climb a mountain. And it doesn’t need to be a big one.

I love the feeling of standing (or napping) on a summit and just being in that moment. It’s a deep feeling of peace, healing, accomplishment, serenity. There aren’t enough words and simultaneously there are too many words to describe what that feels like.

What I have learned is that “Time does not heal grief, it just teaches you how to wear it”.

As we come upon the six month mark since Dad died, I realized how I am actually learning how to wear it. I am learning that there is this underground “grief club” that no one wants membership in, but everyone in some way, does belong.

I have learned that there are people who can’t understand why you are not “over it” yet, and then there is that deeper level of people who don’t have to say a word. They just know.

About a year ago I started working from home in a position that enables me to make a big difference in a much quieter way, for a company whose culture blows my mind. I can’t tell you how many times my teammates have had to say to me, as recently as yesterday “this is the culture”. When you have worked in such toxicity for such a long time, you don’t know this can exist. I get to dive deep, explore, and understand that educating is more than standing in front of a group. The possibilities here are endless and it’s a path that keeps pulling me along with it. This has allowed me so much space for growth and healing.

I have been in grief therapy since January, and it’s made all the difference. This space is so painful and yet so beautiful.

Tomorrow I will get up in front of a group for the first time and speak as I race announce. It’s not truly me in front of a group, thankfully, as I don’t think I am ready for that. I spoke at Dad’s funeral and that was hard. It takes a lot out of me. With race announcing I can really be about others, educating, informing and a little entertaining. It’s not the being in front of people that is hard, it’s the energy I hope I have.

I have been afforded the luxury of doing all this healing on my own timeline, literally from home, as it fits for me. I have been loving just training, and my injury is coming around. My injury we have discovered is directly related to my grief, but more on that another time.

If I had to sum up what I have learned in the past 6 months, I would agree with Dad…. climb more mountains. A friend pointed out that he may not have actually meant physical mountains. Maybe he meant keep striving, keep climbing, keep reaching. Don’t forget to take the time though. Pause at the top. Soak in the view. Understand that you are part of a select few who not only choose to come here, but can come here.

Now, how do you share that with the world? By living as the views you see.

By admin 8 months ago
Mary Eggers